You Need a Go-To Computer Consultant in Ann Arbor

It’s all over the headlines: cyber-attacks are becoming more and more common.

Whether it’s election interference or ransomware attacks, it’s not all media fear-mongering—it really is getting worse.

And it’s not all big, headline-making attacks either. Every day, small businesses and municipalities are being targeted, too.

This means that cyber-security is a fast-growing industry. In fact, in just a couple years, the industry is on track to be worth around 250 billion dollars.

While that’s good for business, this increased demand indicates the real threat of this growing problem.

Luckily, there are steps you can take right now to make your business network more secure with the help of the trained computer consultants at Network Services Group in Ann Arbor. 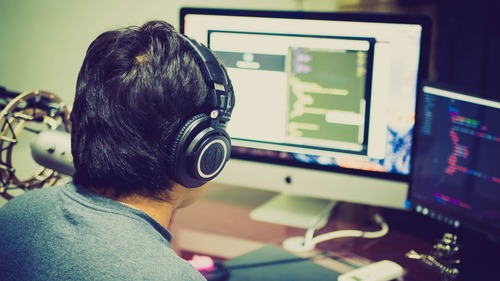 The Growing Threat of Ransomware

Ransomware is increasingly in the news, and you might even have been affected by it.

Ransomware is malicious software, often spread by a Trojan virus, which can block access to a user’s files. Simple ransomware attacks can sometimes be circumvented by a knowledgeable user, but sophisticated attacks will encrypt the user’s files. This renders their files completely inaccessible until the ransom is paid, often via cyptocurrencies like Bitcoin, which are difficult to track.

The most prominent example of a ransomware attack was the 2017 WannaCry virus, which cost users worldwide billions of dollars. It is thought to have originated in North Korea.

It’s worth noting that the WannaCry attack took advantage of a security loophole in Windows that had been exposed and patched, but many organizations and users that were using dated versions suffered. Had their computer consultants kept their systems up to date, much damage might have been prevented.

This is a particularly dramatic example, but ransomeware attacks aren’t all at this scale. In fact, they’re becoming extremely common.

Unfortunately, many state and local governments rely on digital infrastructure that’s dated or implemented by poorly trained computer technicians. This leaves them vulnerable to cyber-attacks.

Once infected, the victim often has little choice. As of 2019, some 45 percent of organizations hit with ransomware pay the ransom. This is especially true for organizations that deal with important data that cannot afford to be lost.

Once an organization is hit with ransomware, it’s not just their data that’s lost—high profile ransomware attacks have the potential to permanently damage the reputation of an organization, and in the case of state and local government, create public outcry.

How Can I Protect My Business?

Ransomware might sound scary, and there is real reason to be concerned about it.

But there are some commonsense precautions you can take to either avoid such cyber-attacks or mitigate the effect of one.

For instance, backing up our files is something we all know we should do, but not everyone does it.

Similarly, just keeping your system current with updates is a simple but highly effective way to avoid ransomware.

Our computer consultants in Ann Arbor also provide security audits, where we check the basic health of your network, firewall, anti-virus, and make assessments and recommendations.

If the headlines have you wondering when you last updated your system, give Network Services Group a call at (877) 815-6974!